Home Asia 5 Quirky Things To Do in Manila
AsiaListsThe Philippines 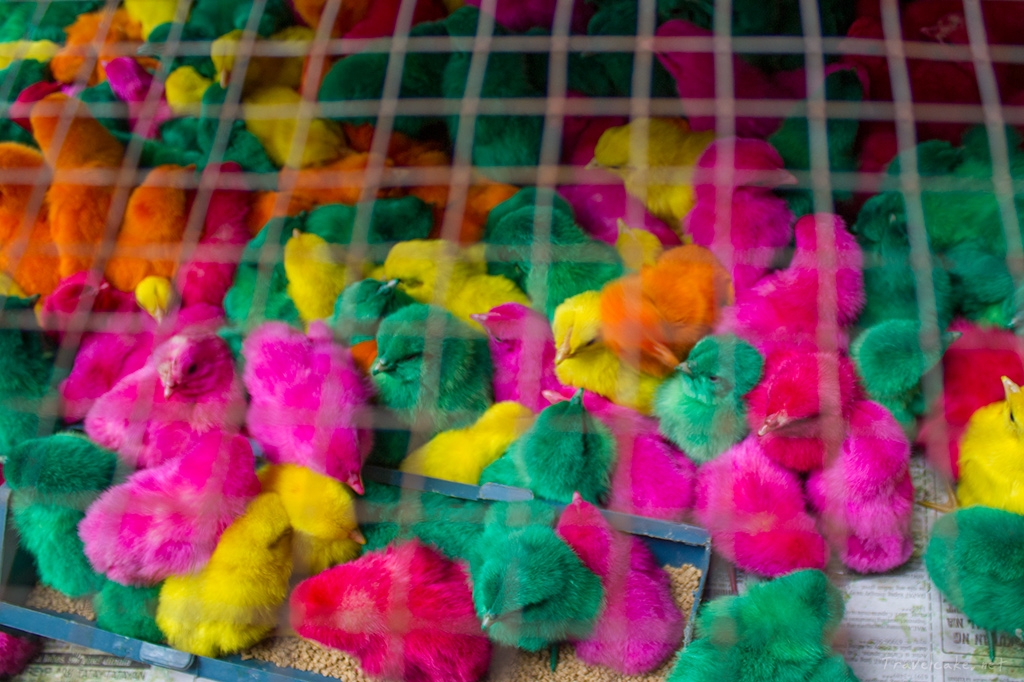 Manila is a vibrant city where everything seems to be possible. People are loud, full of life and know of no embarrassment- at least that’s what it looks like to an outsider. I only spent a couple of days in the metropolis, but I immediately LOVED it. It’s fun, hectic, crazy and weird. There’s no other place quite like it. So I put together a list of the quirky things I did in Manila, hopefully it inspires you to discover some of Manila’s quirks!

1. See the pro’s at work after a cockfight

Although cockfighting is popular in several countries, there aren’t many places where it’s perfectly legal to do so in the foreseen cockpit arena’s. In these arena’s the cock’s fight till death.

But what happens to the wounded winner? I always thought they were put out of their misery, plucked and prepared for dinner. But that’s not the way they do it in Manila! The wounded winners are brought to the “cock surgeons” who patch them up quite professionally. Their wounds are examined meticulously, cleaned up with antiseptic and carefully sown up… All right outside the arena. And here I thought the excitement of a cockfighting arena was quirky enough… These improvised surgery stations haven proven to be even more so. 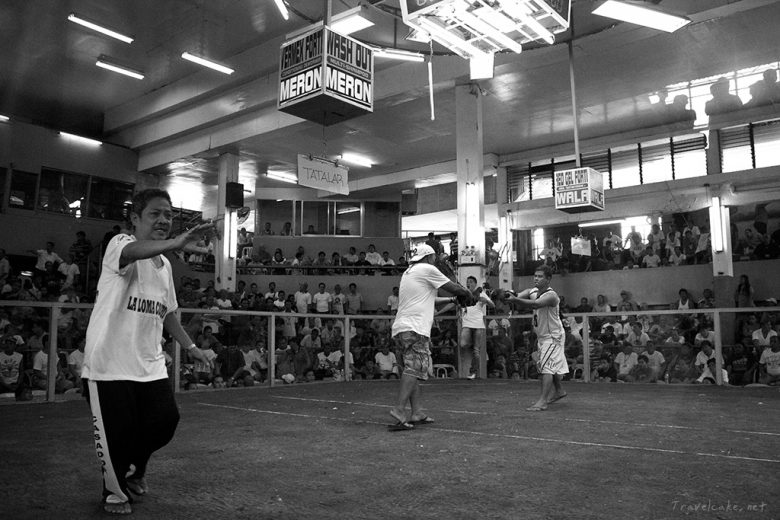 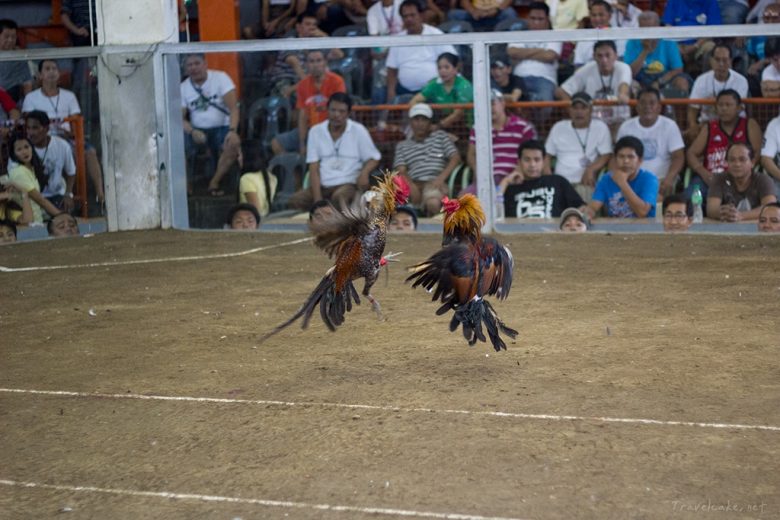 cockfighting as a national sport 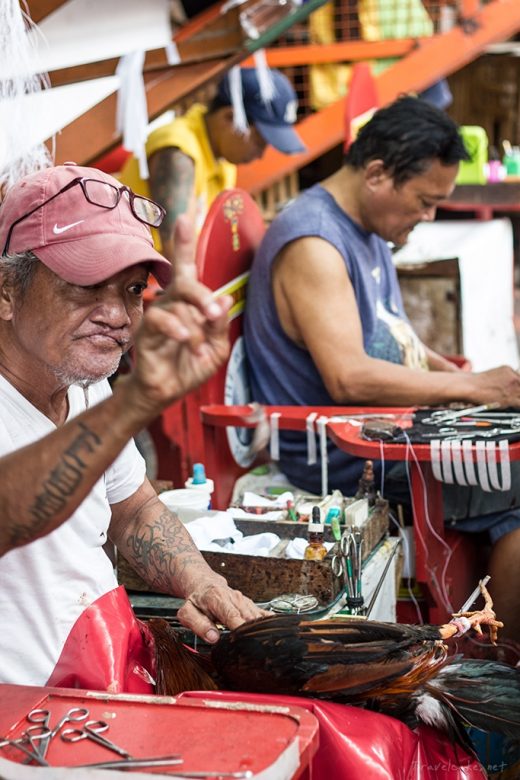 the doctor will fix it 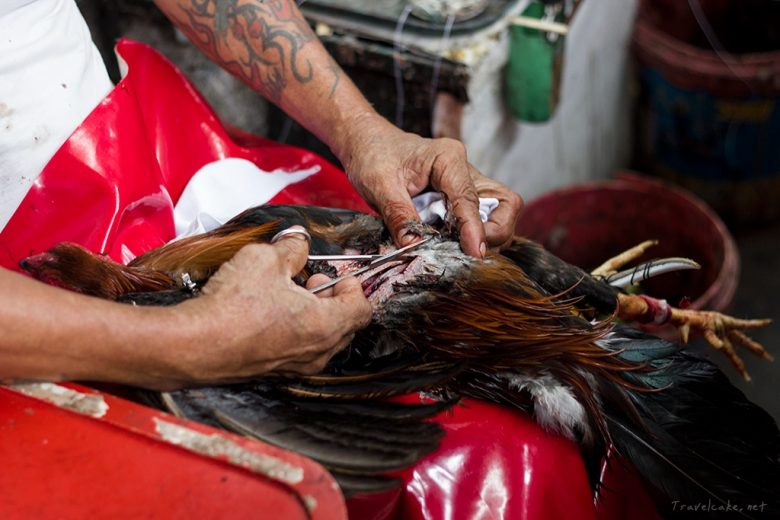 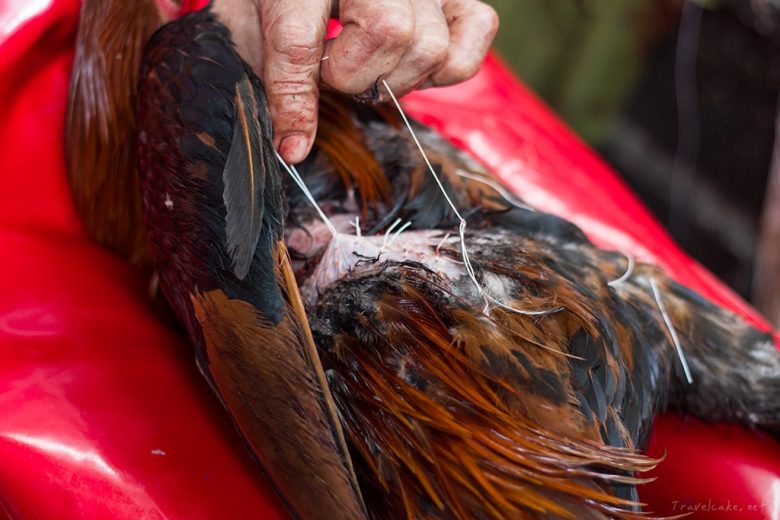 closing up the wounded winner

TIP: “La Loma cockpit” in Quezon City is a great place to see the fights and the surgeons at work.

2. Be a rockstar for a night with “Rockeoke”

Why would you settle for regular karaoke when you can have a live band headbanging while accompanying your singing? Filipinos take their karaoke very seriously and have taken it to the next level. A live band plays the requested songs and all you have to do is (get drunk first,) look fabulous and sing your heart out. 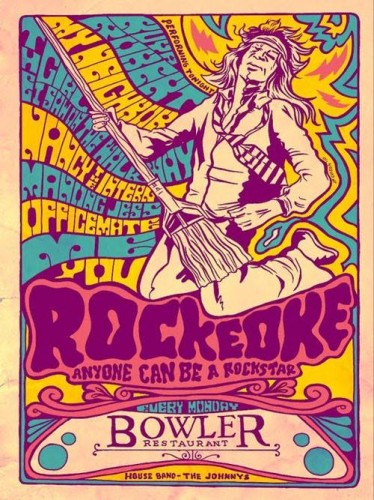 anyone can be a rockstar…

TIP: during the past decade, at least half a dozen people in the Philippines have been murdered after singing Frank Sinatra’s “My Way”. The ‘my way murders’ have even caused the song to be banned from some karaoke bars. You’ve been warned!

3. Visit the Chinese Cemetery, where graves have toilets and air-con

The Chinese like to treat their dead well. VERY well. Their graves are mind-boggling! Most are equipped with at least a toilet and a mailbox- how else would you send letters to your deceased family members? Some have air-conditioning, others are two stories high. Some have jacuzzis and wifi, others even have a full time guard standing by their “entrances”… Most of these graves are bigger and more luxurious than my house!

It’s not everyday you get to roam around endless streets of “fancy shmancy zombie cribs”. Visiting this cemetery is not only quirky; it’s a real eye-opener on cultural differences regarding the after-life. 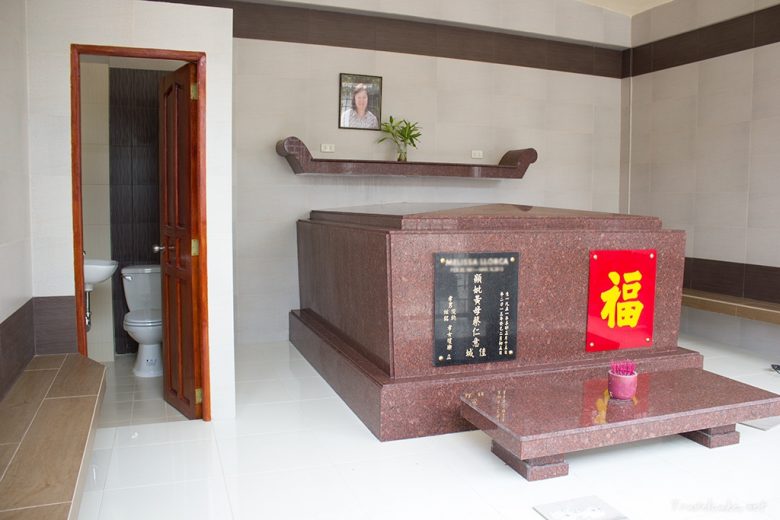 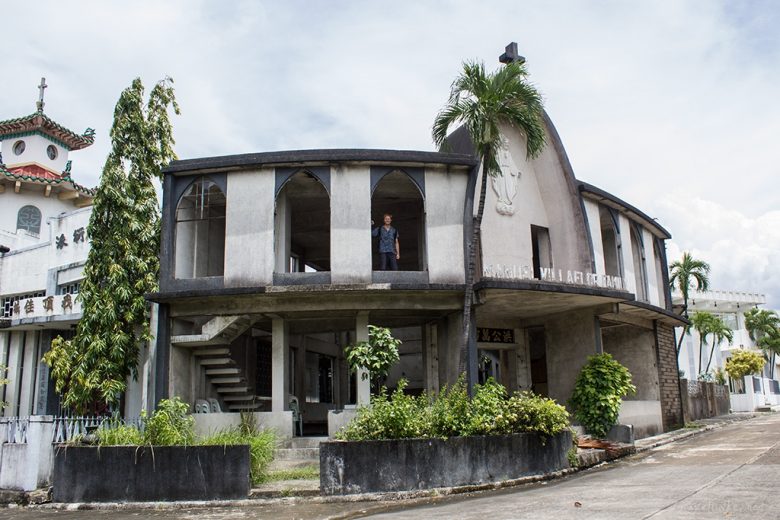 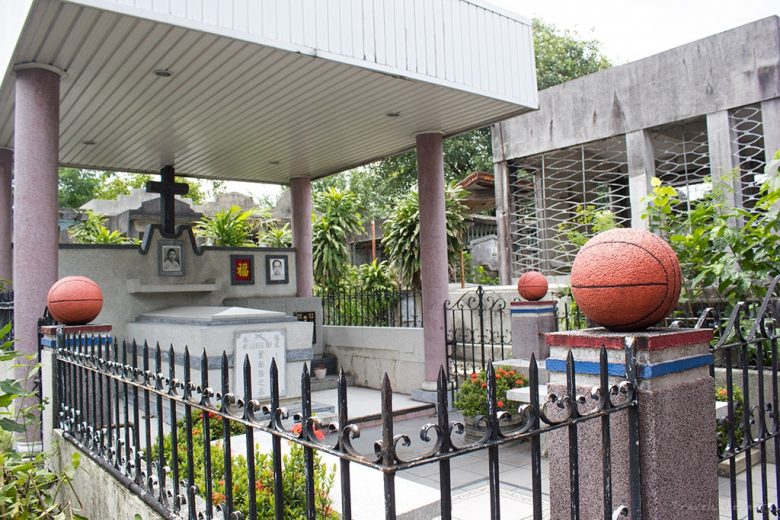 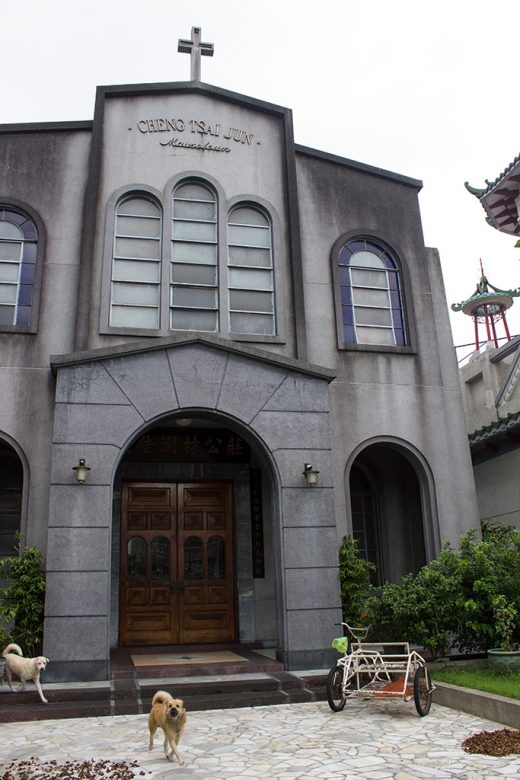 TIP: the cemetery is enormous. You could walk around for days and still not see everything. Hire a guide at the entrance for a maximised experience. They are caretakers of the cemetery and know the area by heart. They will show you the most impressive graves and will tell you all about the why’s and the how’s. Besides they are hilarious, in true Filipino-style.

4. MC for a night at a Midget Boxing Match

Yes, midget boxing… It’s a thing. A humorous show where little people get into the boxing ring and smash each other’s faces. Cheering on the fight is the crowd, which consists of one more-or-less lost, older tourist and 30 prostitutes working at the bar. They cheer on their favourite fighter and laugh like the world will end if they don’t. ‘Weird’ doesn’t even begin to describe this. As soon as the fight is over and the “staff” notices you’re not there to get a girl, the prostitutes go back to their seats and continue doing what they were doing before you entered; looking incredibly bored. Four of them enter the ring and perform some badly choreographed dances, similar to the ones you did at a 3rd grade dance recital; very PG.

Although it’s more an act than an actual fight, it’s bizarre enough to be funny. They might offer you to MC the boxing match. Go ahead if you dare! 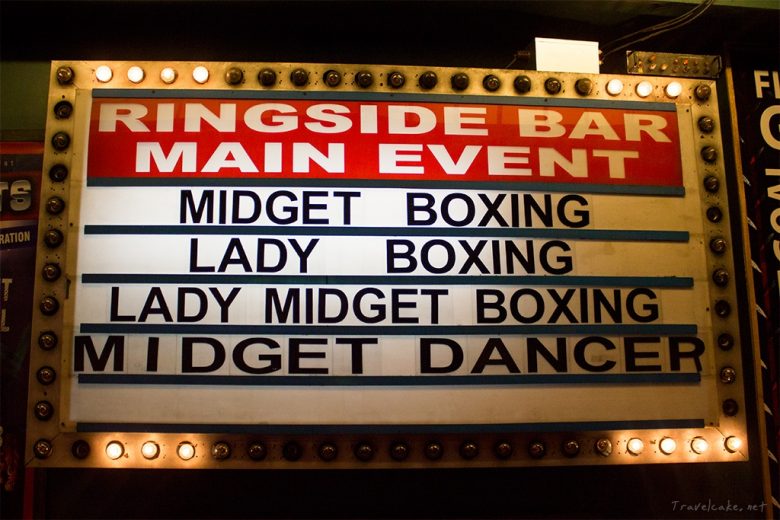 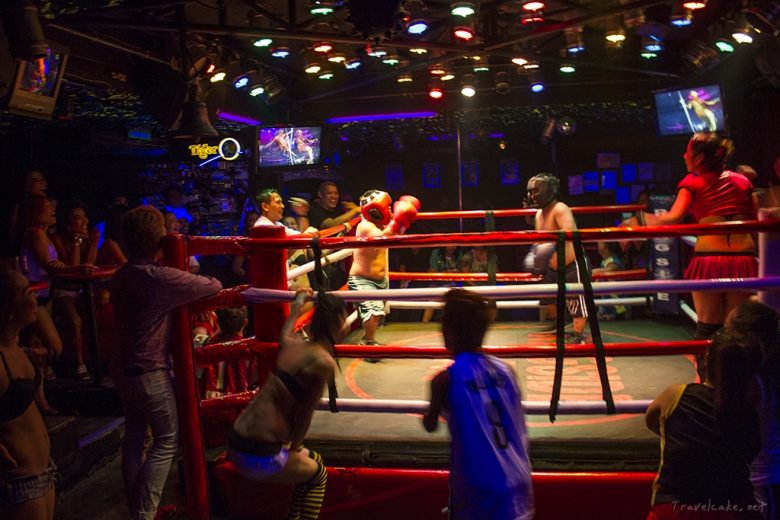 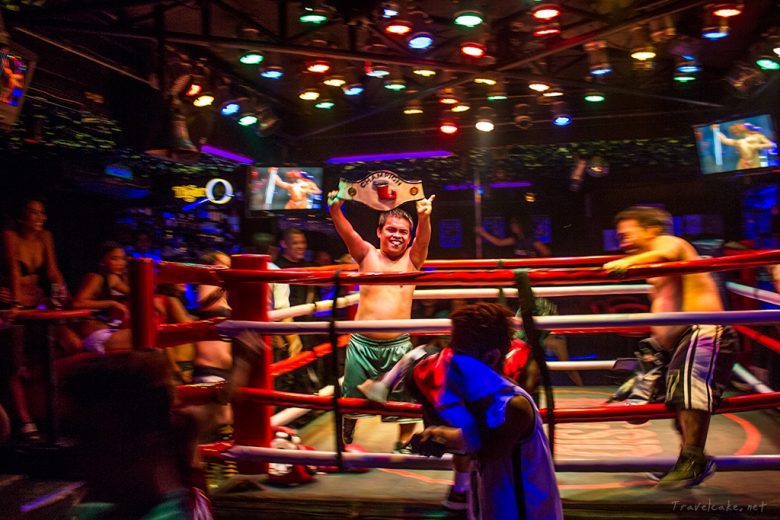 we have a winner!

If you care to see a short video Midget Boxing Manila

TIP: you’ll find this place in the Burgos area. The entrance is free but the drinks are very pricy so order a beer and consider it your entry ticket.

5. Slurp up the embryonic juices of a young duck

Walking around in the streets, you will hear vendors shouting: “Balut! Balut!” Street food that’s worth a try, a true delicacy in the Philippines. It’s a developing duck embryo that is boiled alive and eaten in the shell. Add salt and vinegar, slurp up the broth surrounding the embryo, then eat the embryo. Not for the faint of heart!

TIP: eating this peculiar snack can get pretty messy if you’re not a seasoned balut-eater. Have something ready to wipe your hands and face with. 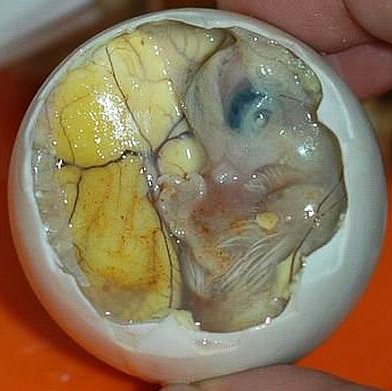 Do you enjoy doing quirky things while traveling?

The post “5 Quirky Things To Do in Manila” first appeared on Travel Cake. 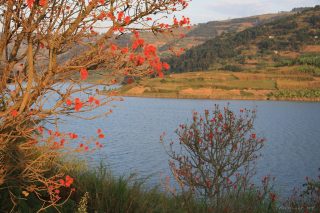 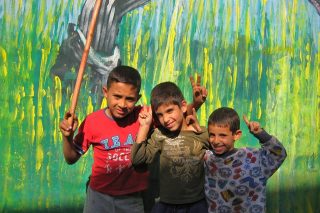 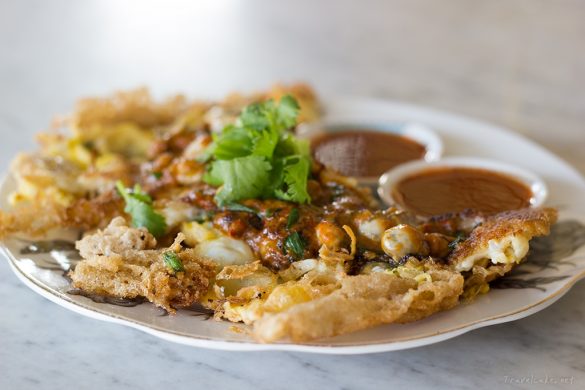 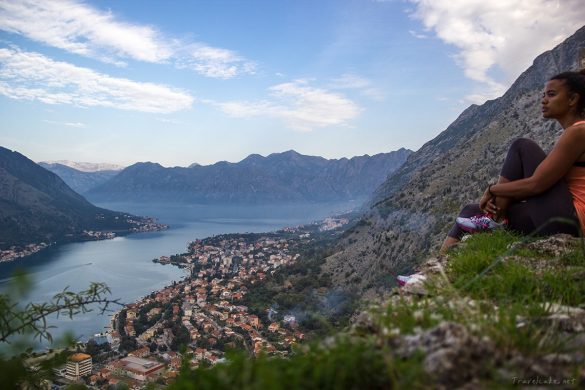 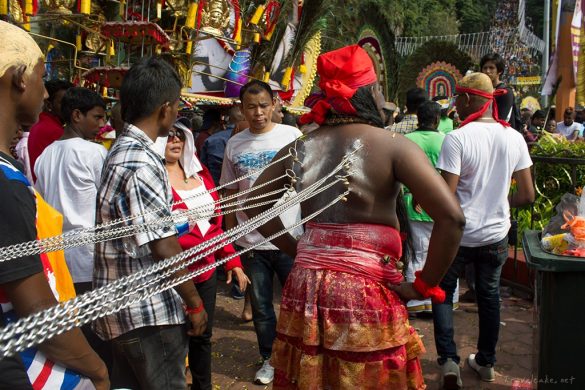 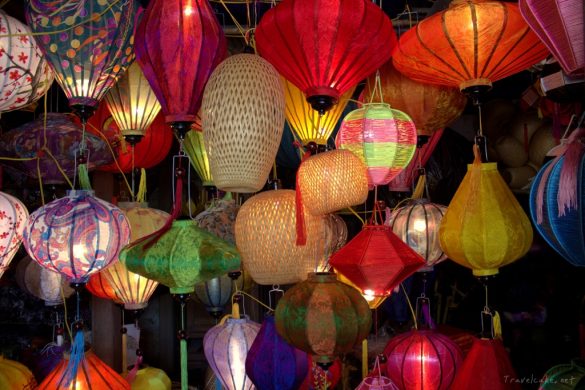 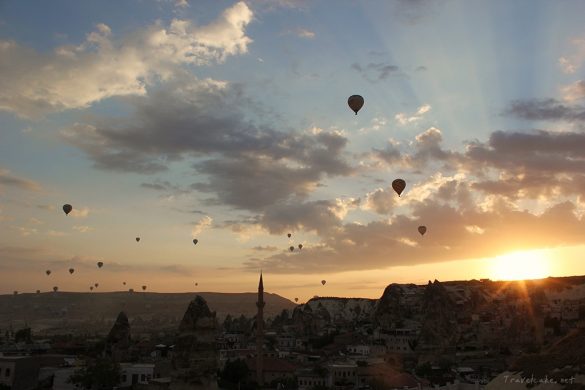 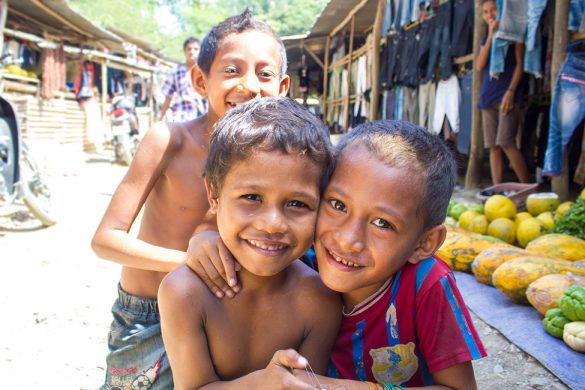 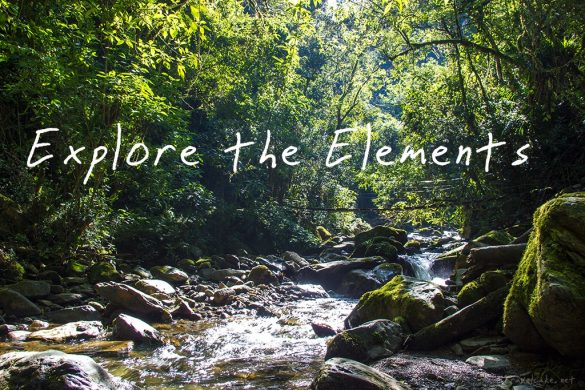 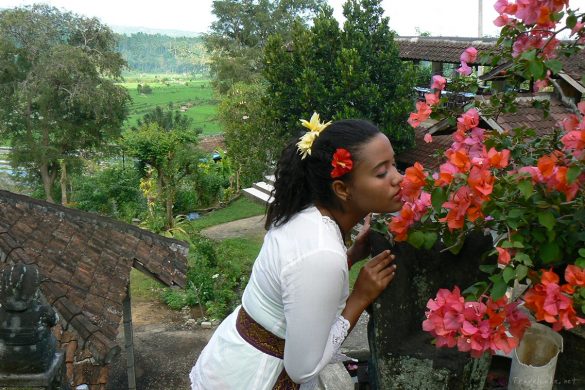